The food is awesome and the atmosphere is great! I recommend anyone to go to this place! 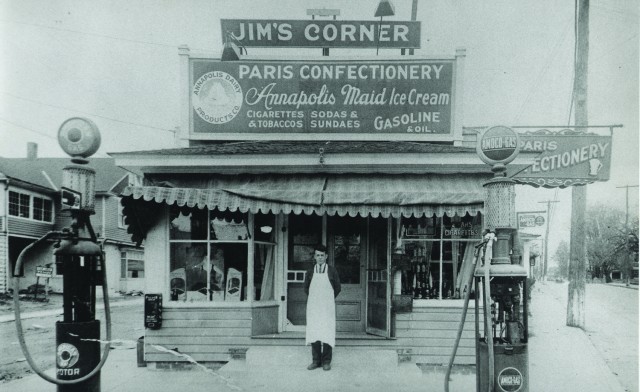 In 1996 the Olde Towne tradition began in Kennesaw, Georgia with Six Tables & Twelve Barstools. Like his family before him, Billy Leanos dreamed of one day owning his own restaurant. A native of Annapolis Maryland, he is a third generation restaurateur. Bill’s grandfather, on his mother’s side, was in the Confectionery business in Baltimore. Grandfather Leanos founded and operated Jim’s Corner Restaurant & Saloon in Annapolis. The establishment lasted for almost one hundred years. Handed down through the family it closed in 1998 and its original site is now called Leanos & Brown Park in Annapolis. Bill’s Father & Mother owned several restaurants during their careers, the latest being Annapolis Gourmet. Bill began his career in the restaurant business from his early years working with his father. In tandem, Father & Son created a highly successful Leanos’ Deli & Catering, and Billy’s Restaurant & Lounge in Baltimore’s Inner Harbor Area.
The dream continued in 2003 as Olde Towne Lawrenceville, Georgia was opened . This beautiful, new restaurant is considered one the best in the area & Gwinnett’s best outside bar.
The Olde Towne name continues to grow. In 2007 Olde Towne Suwanee opened on the beautiful Town Center Park in Suwanee Georgia. This store was sold in the fall of 2010. In 2012 Olde Towne Kennesaw the “Original” has launch its newest addition to its proud heritage “Cork & Tap” an Ultra Lounge with a Catering Venue that will blend of a range of Musical Acts weekly, Craft Cocktails, Boutique Wines, & Vintage Spirits.
As Olde Towne continues to grow we have built a reputation for uncompromising standards with excellent food, great staff, and honest value. Our goal is to create a cozy place to remember with familiar faces and an exciting atmosphere. We realize that you, our customers, are the single most important part of our success here at Olde Towne.
We look forward to serving you and greatly appreciate your business. A Century of Proud Family Heritage of Hospitality continues.

We respect your privacy and will not sell, rent or give your information to anyone. By completing this form and clicking save, you are giving expressed consent to receive marketing emails from this Olde Towne Tavern.